Integration testing, on the other hand, tests the interface between modules of the software application.

Let us look into the differences of each testing type: 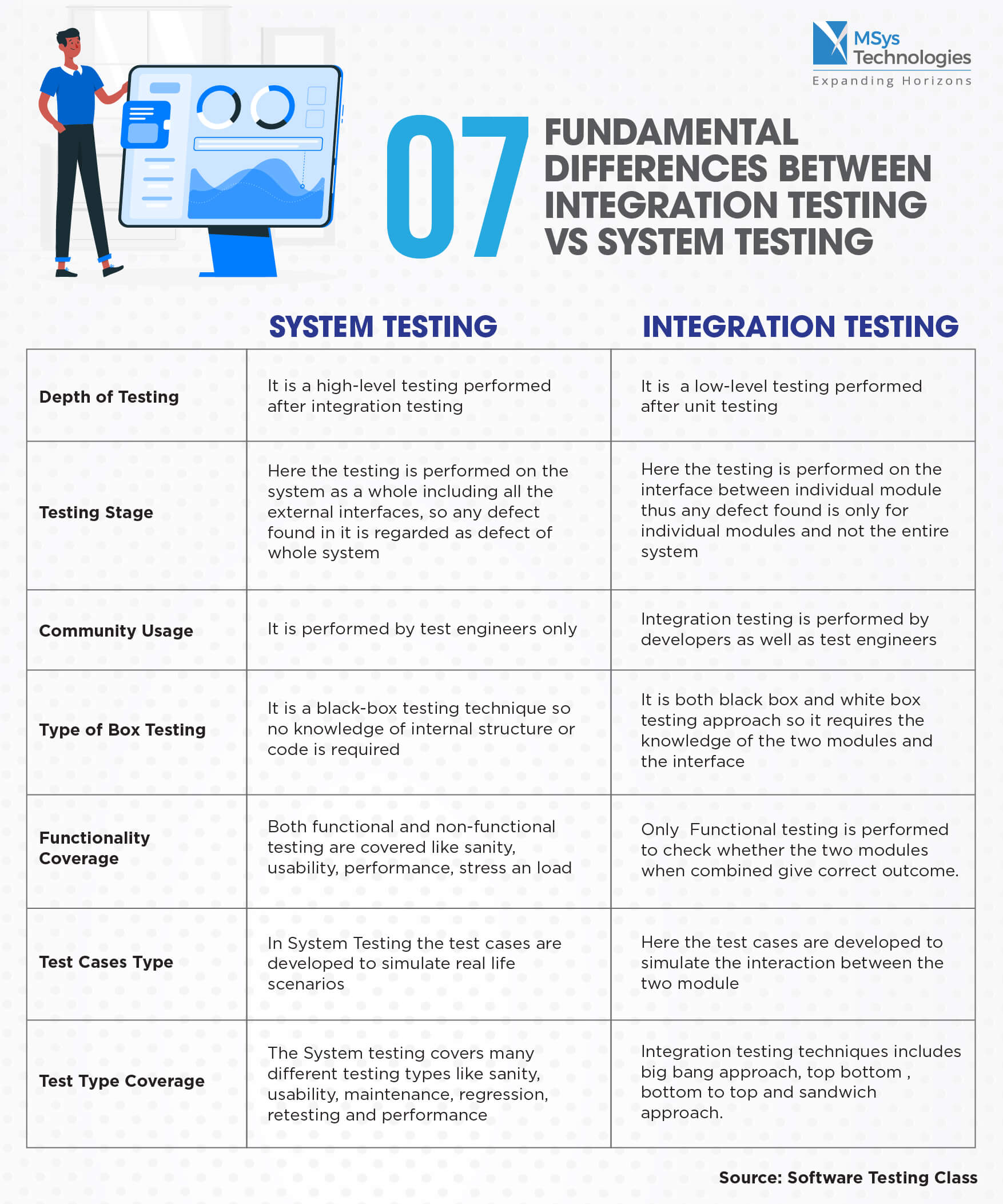 Despite the several differences, the objective of both Integration Testing and System testing is the same- to detect software defects early on. Creating is solid, beautiful product is what it all comes down to, doesn’t it? We at MSys Technologies have been building modern and cutting edge products for over a decade. Our exposure to an array of customers across verticals has made us one of the most sought after product engineering companies in the world. Are you looking to create a team that builds flawless products for your business? Talk to our QA experts today.

10 Things Java Programmers should Learn in 2020
View Now
11 Important Metrics Measured in Performance Testing
View Now
15 Most Interesting Cloud Native Trends from the CNCF Survey
View Now
We use cookies to ensure that we give you the best experience on our website. If you continue to use this site we will assume that you are happy with it.Ok