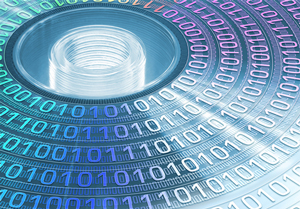 Many companies are facing the big data problem: spates of data waiting to be assorted, stored, and managed. When it comes to large IT corporations, such as Google, Apple, Facebook, and Microsoft, data is always on the rise. Today, the entire digital infrastructure of the world holds over 2.7 zetabytes of data—that’s over 2.7 billion terabytes. Such magnitude of data is stored using magnetic recording technologies used on high-density hard drives, SAN, NAS, cloud storage, object storage, and such other technologies. How is this achieved? What are the magnetic and optical recording technologies rising in popularity these days? Let’s find out.

The oldest magnetic recording technology, which is still in use, is known as perpendicular magnetic recording (PMR) that made its appearance way back in 1976. This is the widespread recording technology used by most of the hard drives available today. May it be Western Digital, HGST, or Seagate, the technology used is PMR. The technology has the capability to store up to a density of 1 TB per square inch. But the data is still flowing in relentlessly, and that’s the reason why companies are investing in R&D to come up with higher-density hard drives.

Last year, Seagate announced their hard disks using a new magnetic recording technology known as SMR (shingled magnetic recording). This achieves about 25 percent increase in the data per square inch of a hard disk. That’s quite a whopping jump, one might say. This, according to Seagate, is achieved by overlapping the data tracks on a hard drive quite like shingles on a roof.

By the first quarter of this year, Seagate was shipping SMR hard drives to select customers. Some of these drives come with around 8 TB of storage capacity. Not only Seagate but other companies such as HGST will be offering SMR drives in the next two years.

When it comes to HAMR, learn about a phenomenon known as superparamagnetic effect. As hard drives become denser and the data access becomes faster, there is ample possibility of data corruption. In order to avoid the data corruption, density of hard drives has to be limited. Older longitudinal magnetic recording (LMR) devices (tape drives) have a limit of 100 to 200 Gb per square inch; PMR drives have a limit of about 1 TB per square inch.

When it comes to HAMR, a small laser heats up the part of hard disk being written, thus eliminating the superparamagnetic effect temporarily. This technology allows recording on much smaller scales, so as to increase the disk densities by ten or hundred times. For a long time, HAMR was considered a theoretical technology, quite difficult, if not impossible, to realize. However, now several companies including Western Digital, TDK, HGST, and Seagate are conducting research on HAMR technology. Some demonstrations of working hard drives using HAMR have happened since 2012. By 2016, you may be able to see several HAMR hard drives in the market.

Holographic data storage technology existed as far back as 2002. However, not much research was done on this desirable data storage technology. In theory, the advantages of holographic data storage are manifold: hundreds of terabytes of data can be stored in a medium as small as a sugar cube; parallel data reading makes data reading hundreds of times faster; data can also be stored without corruption for many years. However, this technology is far from perfect. In the coming years, you may get to see quite a bit of research and development in this area, resulting in high-density storage devices.

Gartner reports that over 4.4 million IT jobs will be created by the big data surge by 2015. A huge number of IT professionals and data storage researchers will be working on technologies to improve the storage in the coming years. Without enhancing our storage technologies, it will become difficult to improve the gadgets we have today.

What are the Top Storage Tech Trends for 2018 (infographic)
1 min read
What is the Importance of NVMe and NVMe-oF in Modern Storage?
5 min read
How to Implement Big Data for Your Organization in the Right Way
5 min read

The demand for storage has increased tremendoubsly thanks to Big Data. You need to have vital details to get an actual insight into your customer behavior. Download our success story on Storage Monitoring Solution to learn how we helped our client get much needed insight to manager their storage infrastructure effectively and effortlessly.