Open-Source and Microservices – both terms work complimentary. The idea to execute Microservices based architecture has resulted into the development of open-source technology. The core mechanism behind Microservices works by dividing architecture into multiple parts. These parts can work independently and communicate seamlessly via APIs. It becomes easy to handle these parts and integrate with third party tools – mostly open-source. 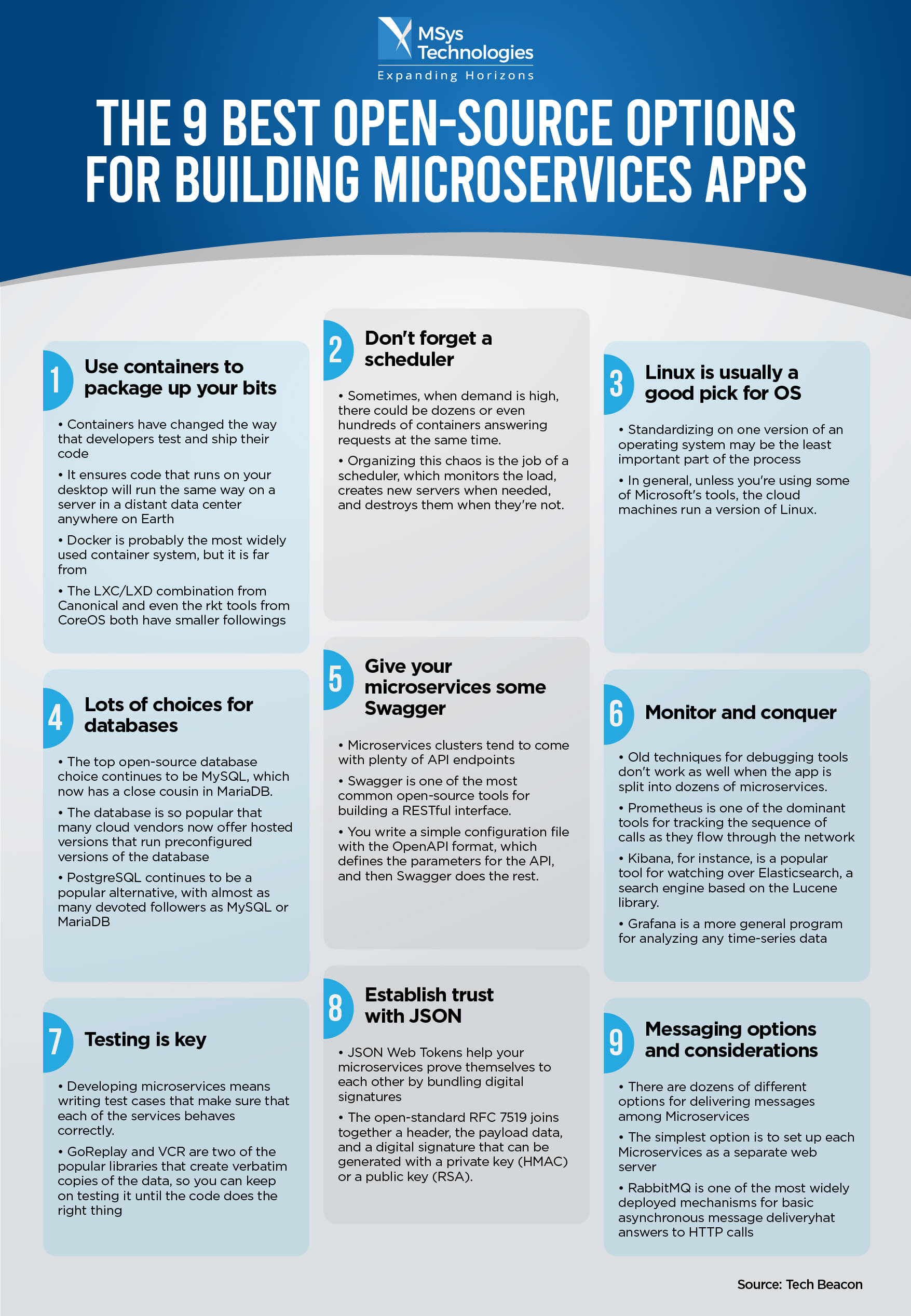 AWS S3 compatible storage is one of the emerging technologies in the enterprise storage medium. Initially, it was used only by Amazon in public cloud environments. However, today it has been commonly used by all the storage & cloud vendors in on-premises and private cloud environments. ‘S3 compatible storage’ offers rich Amazon S3 API complaint interfaces. Read the blog titled “How to Build Open-Source AWS S3-Compatible Storage on Docker?”

Open source in 2020: The future looks bright
View Now
Step by Step Guide on How to build a Test Automation Strategy
View Now
The Complete Guide to Kubernetes Monitoring
View Now
We use cookies to ensure that we give you the best experience on our website. If you continue to use this site we will assume that you are happy with it.Ok